Teddy Tahu Rhodes to tour in Jekyll and Hyde 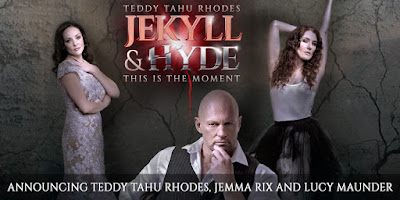 New Zealand's most famous barihunk Teddy Tahu Rhodes is adding a fifth musical show to his repertoire after successful runs in The King and I, Show Boat and South Pacific, as well as an upcoming appearance singing the title role in Sweeney Todd in Melbourne.

He'll be heading the cast of Frank Wildhorn and Leslie Bricusse's Jekyll and Hyde on the upcoming tour of the show with Opera Australia. This is the first professional Australian production since a short-lived run in 1997.

Teddy Tahu Rhodes will be joined by musical theater stars Jemma Rix as Lucy and Lucy Maunder as Emma, his two romantic interests.


Rhodes sings This is the Moment:

Jekyll and Hyde will open in Melbourne in December before moving to Sydney in March 2016. Before the show opens, he'll perform Méphistophélès in Gounod's Faust in Adelaide from August 22-29 and in Perth from October 29-November 7. The latter show also includes fellow barihunk Sam Dundas as Valentin.