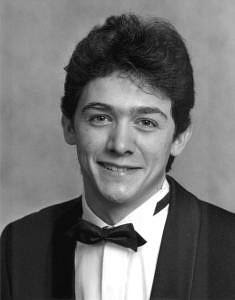 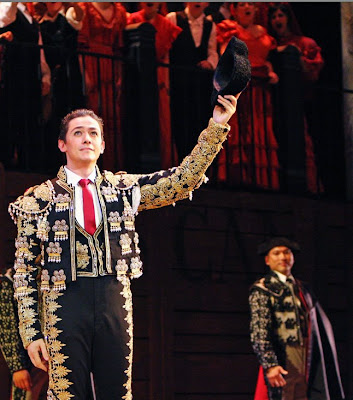 [Photo of Vinogradov as Escamillo from the Washington Post]

As promised, this week is dedicated to the Barihunks bench. Meet Alexander Vinogradov a 32-year-old Russian barihunk who sings regularly at the Staatsoper Unter den Linden in Berlin. As with many bass-baritones, his barihunk roles are limited, but he's made Escamillo his calling card and performs both Masetto and Leporello in Don Giovanni.

Vinogradov is known as a bit of a brainiac and studied at the Moscow Institute of Physics and Technology before embarking on a music career. In 2003, he was a finalist in Plácido Domingo's Operalia International Competition, having already won or placed in a number of vocal competitions. As you can see from this video of him in Tokyo, he has a rich, full sound that is wonderfully secure. More importantly, he's one hot bowl of barihunk borscht.