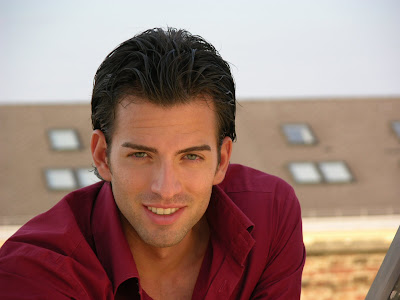 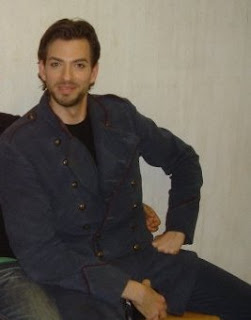 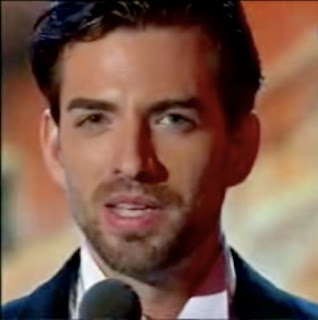 I have to admit to being smitten with our last post, Massimiliano Gagliardo. Him singing with Kwiecien in Krakow has to rival any of the hot Giovanni-Leporello combinations involving Schrott, Maltman, Keenlyside, Gilfry and d'Arcangelo that we've seen in recent years. Gagliardo made me realize that there are an abundance of hot, young barihunks singing in and around Italy who this site has missed.

So, imagine my joy when my in-box had a photo of Vittorio Prato this morning? Prato was singing the role of Wagner in Faust to the Mephistopheles of fellow barihunk Erwin Schrott in Valencia. This tall, handsome stud actually studied piano and harpsichord, but his vocal studies in Verona with the great bass-baritone Ivo Vinco, husband of the blazing mezzo Fiorenza Cossotto, led him to a career in opera.

It's also interesting how the opera Faust is becoming a vehicle for casting barihunks, as witnessed by the recent performance at Minnesota Opera with Kyle Ketelsen and Lucas Meachem, and the eagerly awaited triumvirate of Austin Kness, John Relyea and Brian Mulligan at the San Francisco Opera in the summer of 2010.