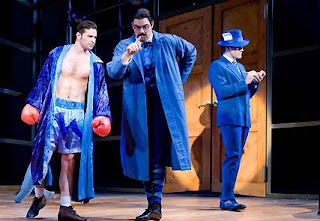 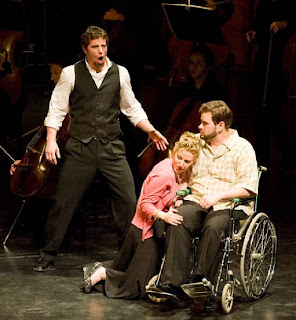 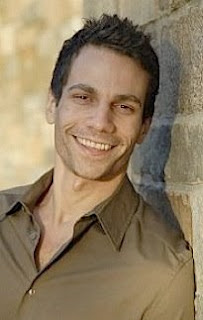 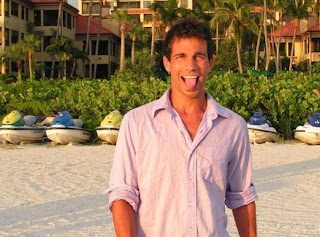 [Top two photos of Paul La Rosa in Klinghoffer and Krenek's "Heavyweight, or the Pride of the Nation" by Nan Melville of the NY Times; Bottom two photos of Kelly Markgraf pictures from his personal site]

The Julliard School was recently graced with two of the hottest young barihunks to emerge on the scene, Kelly Markgraf and Paul La Rosa. Markgraf played Mamoud and La Rosa was Rambo in John Adams’ masterpiece The Death of Klinghoffer.

In 2010, he’ll sing Escamillo to Kate Aldrich’s sexy Carmen at the Pittsburgh Opera. Both are known as intense actors, so this should be a steamy, sexy performance of Carmen.

Baritone Paul LaRosa is a native of Union, New Jersey and a member of the renowned Juilliard Opera Center in New York City. In 2007, he was part of the esteemed Merola Opera Program in San Francisco where he stole the show as Dandini in Rossini’s comic masterpiece La Cenerentola.