Armide in the Raw 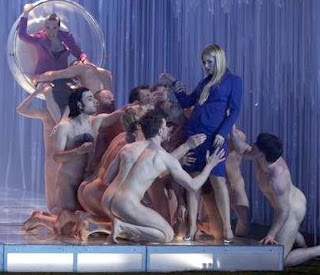 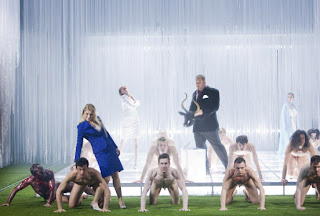 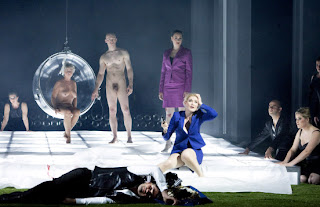 The reputation of directors working in German opera companies is beyond mockery. Their obsession with sex, fetishism and leather, and their penchant for shock value is a running joke in opera circles. I'm beginning to wonder what type of psychological damage WW II created on the German psyche.

Spanish director Calixto Bieito has taken it to another level with his production of Gluck's "Armide" at the Komische Oper in Berlin. I'm not quite sure what to make of this production, which is usually about vengeance, magic, love, fulfillment and abandonment.

Bieito has made it about sex, obsession and more sex. One German paper called it porno-opera. I'm not certain who is in these pictures, but I think that the naked guy is tenor Peter Lodahl. I've got to believe that one of those bare butts or danglers is a baritone, so these photos have earned a spot on Barihunks.