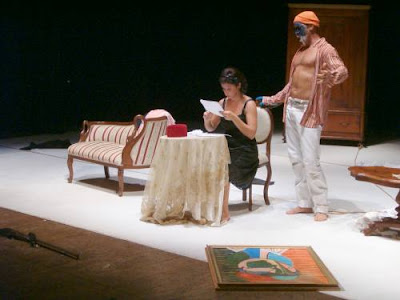 Here is the latest video of the Über-Barihunk Randal Turner stripping in a performance of Roberto Hazon's "L'Amante Cubista" at the 2007 Accademia Opera Festival in Cagli. Although practically unknown today, Hazon was a classmate of Puccini and financially supported by Verdi. After graduation, he accepted a post as the conductor at the Sydney Philharmonic Society and became better known for his work with a baton.

His one-act opera "L'Amante Cubista" was usaully performed with another piece, often one of Puccini's. Today we will remember it as another opera that gave us a chance to see Randal Turner strut his hot stuff on the opera stage. For that, we are eternally grateful to the otherwise forgotten Hazon.