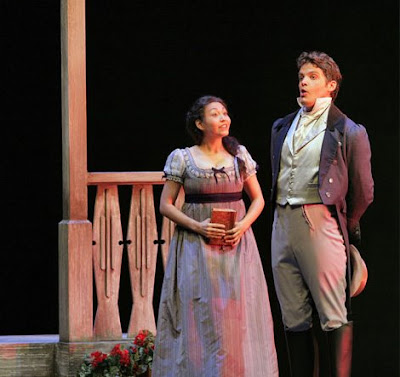 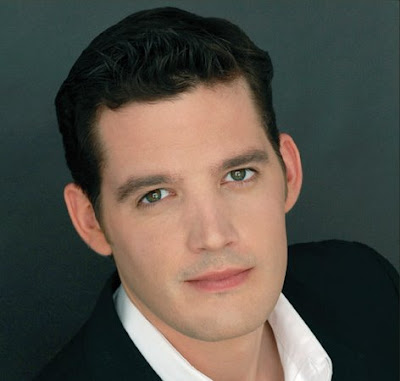 Emerging barihunk David McFerrin is currently studying in Augsburg, Germany at the Hochscule für Musik. He recently was part of Caramoor’s pilot program for “vocal rising stars.” Caramoor partnered with Steven Blier's wonderful "Festival of Song" where he sang Russell Platt's sexually charged songs "Cuba" and "Bran." McFerrin had studied with Blier at Julliard and it was nice that Blier used McFerrin for this song series.

In 2008, Mr. McFerrin was awarded a Richard F. Gold Career Grant from the Shoshana Foundation, given annually to promising young American opera singers. He has also been a regional finalist the past two years in the Metropolitan Opera National Council competition, recently placing 2nd in the New England Region. The Massachusetts native is a former member of the barihunk breeding ground known as the Santa Fe Apprentice Artist program.

West Coast fans of Steven Blier can catch him on Sunday, April 5 at San Francisco's Temple Emanu-El at 5:30 pm. He's bringing his NY Festival of Song to the Left Coast, performing Kurt Weill's Berlin. There are no barihunks scheduled, but a lovely hunkentenor named Andrew Bidlack. (Why are there no new posts on that site?).