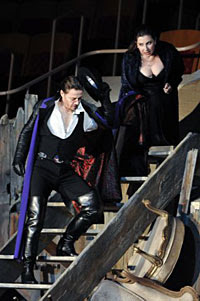 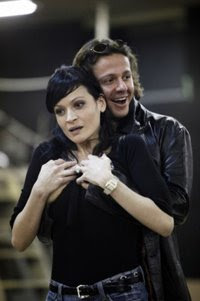 Here are some pictures sent to us by a reader of Markus Werba rehearsing Don Giovanni at Suntory Hall in Japan. He joins the abundance of barihunk Don's in the world today seducing unsuspecting sopranos. Amazingly, Werba has been singing this role since he was 21, when he performed it in his native Austria. Rumor has it that Werba is starting to retire some of his Mozart roles, most notably his charming Papageno.