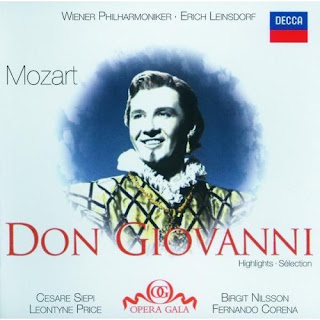 ROME (AFP) — Cesare Siepi, one of the best known opera basses of the 20th century, died on Monday at the age of 87, Italian media reported on Tuesday.

Siepi, born in Milan in 1923, was "a favourite of the crowd at (Milan opera house) La Scala," according to Italian daily Il Giornale.

He died on Monday in the US city of Atlanta after having lived in the United States for decades.

Specialising in the 19th century Italian repertoire and in Mozart's operas, Siepi made his debut at the Rigoletto in Schio in 1941 and soon after fled Mussolini's Italy to Switzerland.

He performed 379 times at the Metropolitan Opera in New York, playing 18 roles including Figaro and Don Giovanni in Mozart's "The Marriage of Figaro" and "Don Giovanni," as well as Gurnemanz in Richard Wagner's "Parsifal," according to classical music label Naxos, which published many of his records.