Rod Gilfry to Join Deborah Voigt in "Annie Get Your Gun' 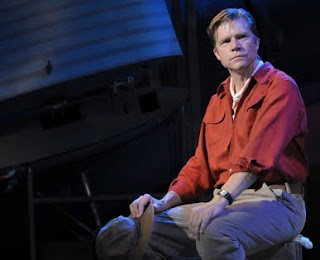 Barihunk Rod Gilfry, who is currently singing the role of Emile de Becque in a touring cast of “South Pacific” is joining forces with soprano Deborah Voigt to perform "Annie Get Your Gun" at the Glimmerglass Opera Festival. Gilfry will play Annie Oakley’s love interest, Frank Butler.

Gilfry appears to have made a seemless transition from opera to Broadway following a long tradition of baritones that includes Ezio Pinza, Giorgio Tozzi and fellow barihunk Paulo Szot, who created a sensation in “South Pacific.”

“Annie Get Your Gun” is one of four productions scheduled for Glimmerglass. Recently appointed artistic director Francesca Zambello has decided to add an unamplified performance of a Broadway musical to future seasons, which in the past were strictly operatic.

Operas in the upcoming festival will include Carmen, Jeanine Kushner's A Blizzard in Marblehead Neck, John Musto's Later the Same Evening.

Here is Rod Gilfry singing "My Heart Is So Full Of You" from The Most Happy Fella:

You can email us at barihunks@gmail.com
at 7:13 AM