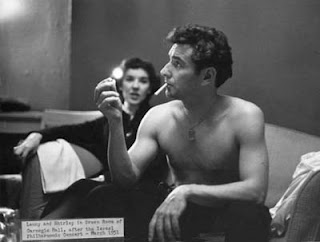 [Leonard Bernstein]
Jesse Blumberg is performing the Celebrant in Leonard Bernstein's Mass as part of the "Bernstein Project" under Marin Alsop in London. There are two performances, July 10 and July 11, and anyone in or around London should rush to buy tickets.

Here is how Alsop describes Mass:

"It's not really a religious piece in the literal sense... but a piece about spiritual, inner exploration. It's teeming with protest, rebellion and questioning of authority... issues that were extraordinarily relevant in 1972 and perhaps even more vivid today." 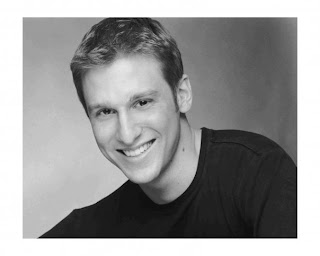 [Jesse Blumberg]
For those of you in the United States, you will also have a chance to hear the rich baritone of Jesse Blumberg in other sacred music, as he performs excerpts from Ernest Bloch's rarely performed "Sacred Service" (Avodath Hakodesh) for orchestra, chorus, and baritone soloist at the Usdan Center for the Creative and Performing Arts in Huntington, New York on August 4th.

2010 is the 50th anniversary of Bloch's death and, hopefully, we will see more of his music on programs throughout the world. Sacred Service was commissioned by San Francisco's Congregation Emanu-El, and it was premiered there in 1934. Sacred Service takes place when the Torah is taken from its ark, and presented to the congregation as the chorus sings "Torah tzivoh." Bloch considered this part of his piece to be the embodiment of his personal journey of reunion with Judaism.