Baltimore Ravens kicker Justin Tucker has some major accomplishments under his belt for only being 23 years old. In 2011, while playing for the University of Texas, he kicked the game winning field goal against arch rival Texas A&M University as the clock expired. A year later, he won a Super Bowl ring as the undrafted kicker of the Baltimore Ravens. Tucker also kicked a 47-yard field goal in double-overtime to win the AFC championship against the Denver Broncos.

Tucker hasn't just made a name for himself with his legs, he also has a serious set of pipes. A music major at the University of Texas, Tucker claims he can sing opera in seven different languages (English, Spanish, French, German, Italian, Latin and Russian). He showed off his Italian skills recently by singing "Deh vieni alla finestra" from Mozart's Don Giovanni for Dr. Pepper's "1 of a Kind" web campaign, which debuted on YouTube last week.


Tucker's musical training is actually in recording technology and he records hip-hop and dubstep beats. He even did some freestyle rapping for the Dr. Pepper video. Tucker’s relationship with Dr. Pepper started last year after he posted a picture of a can he was drinking from on Instagram after a game in San Diego with the message,  "Nothin like a frosty cold Dr. Pep after a road win!" 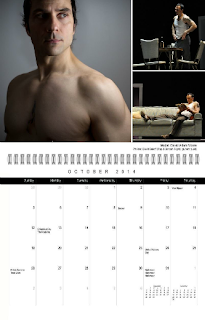 BUY YOUR 2014 BARIHUNK CHARITY BY CLICKING BELOW.
HELP A YOUNG ARTIST TODAY!!!