At 28 years, Les Misérables is now the longest running musical in the world. It has been translated into 22 different languages and performed in 42 countries and 319 cities.  The San Antonio production adds one more professional performance to the 48,000 that have occurred worldwide,  giving it a total audience of more than 60 million people. There have been over 47 cast recordings of Les Misérables including albums, singles and symphonic. Both the original Broadway cast album and the symphonic recordings won Grammy awards.


We first learned about Fargo native Jesse Enderle when he was two-time regional winner in the Metropolitan Opera Regional Council Auditions in Wisconsin. We then saw him in a hysterical turn as Pooh-Bah in Gilbert & Sullivan's The Mikado at the Fort Worth Opera Festival.

In addition to Fort Worth, he has appeared with the Central City Opera, Tulsa Opera and the Arbor Opera Theatre. Other roles he has performed include Baron Douphol in La Traviata, Masetto in Don Giovanni, Escamillo in Carmen, Count Almaviva in Le nozze di Figaro, and Sid in Albert Herring. 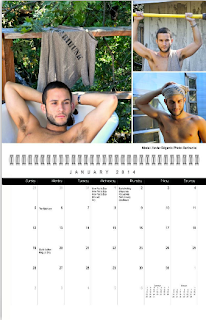 Also, make sure to order your 2014 Barihunks charity calendar with 16 of the hottest baritones in all of opera. Click HERE to order today. All proceeds are going to benefit young artists and young artist programs.