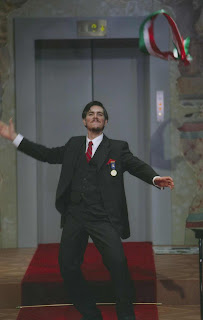 He is next scheduled to shake his booty in Athens as Riccardo in I Puritani followed by his Count Almaviva in Le Nozze di Figaro in Bologna.