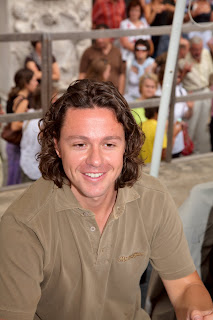 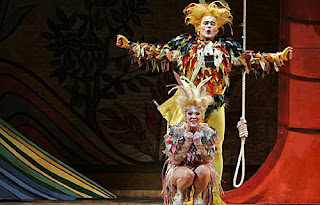 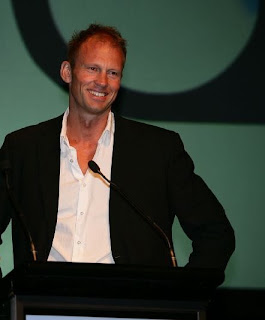 Washington D.C. is absolutely abuzz and the excitement is palpable. No, I'm not talking about the January 20th Presidential Inauguration. Washington D.C. was a bit gloomy when they learned that budget realities were forcing the cancellation of the planned Ring Cycle. But opera fanatics cheered up when it was announced that barihunk Teddy Tahu Rhodes would be singing Le Nozze di Figaro as the Count. Even the heralded Washington Post led with the tidbit in their article about the 2009-2010 season.

On the other coast, our Barihunks readers are not too thrilled about the LA Opera's revival of Zauberflote. Barihunks was playing up the fact that this opera was loaded with hunk talent, even on the tenor side. Here is a report from one of readers:

"Nathan Gunn looked like Cyndi Lauper gone mad, with a big blonde wig and a pair of tights that wouldn't have looked good on a ballet dancer. Gunther Groissboeck came out completely unrecognizable in a giant triangle (or whatever). He looked like a reject from the movie "Death to Smoochy." Matthew Polenzani looked like Heath Ledger as the Joker. What a disaster and the second act plodded along FOREVER!"

Then I got this delivered late last night from another reader:

"Is the Los Angeles Opera trying to go out of business? First Rasputin, which was the worst opera I ever saw until LA Opera's The Fly. Now they destroy the standard repertoire with a ridiculous and sometimes ghoulish Magic Flute. If Markus Werba is a barihunk the folks in LA sure didn't want you to know it. I can't wait for the Kenneth Branagh film of the opera so I can see what [tenor] Joe Kaiser really looks like. He was washed in kabuki makeup! DISASTER!"

I was planning to make the quick trek to La La Land for this production, but was sidelined with the flu. Sounds like the flu was more bearable than the opera.

I try to keep this site positive, so if anyone saw this production who liked it, I'd love to hear from you.