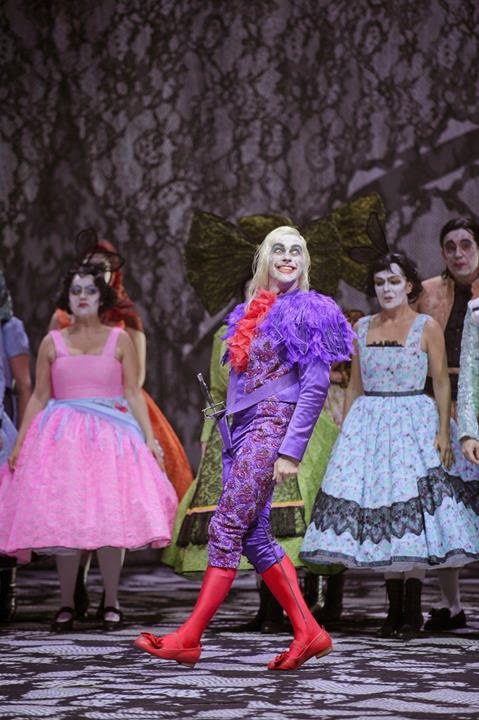 German barihunk Günter Papendell seems to live on the stage of he Komische Oper in Berlin in a tank top or shirtless (and we're not complaining!). He's returning to the title role in Mozart's Don Giovanni on November 30th in the colorful, whimsical and provocative production by Herbert Fritsch. You might recall we posted about him the last time he sang the role in Berlin, so you may have guessed that it's a favorite performance of ours.

Papendell has been with the Komische Oper since 2007, appearing as Marcello in La Bohème, Malatesta in Don Pasquale, Kothner in Meistersinger, Jeletzky in Pique Dame, Förster in Schlaues Füchslein, Giorgio Germont in La Traviata, Odysseus in the Monteverdi trilogy, Demetrius in Britten’s Midsummer Night’s Dream, Pollux in Castor et Pollux by Rameau, Mary in Die Soldaten by Zimmermann and Marquis Posa in Don Carlo.

Next year, Papendell sings the title role in Puccini's Gianni Schicchi, Achilla in Handel's Giulio Cesare and a return as Odysseus in the Monteverdi trilogy.

Make sure to order 2015 Barihunks Charity Calendar by clicking on the LULU button below.