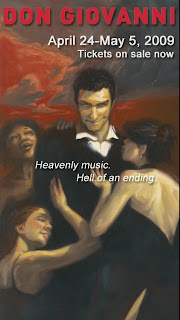 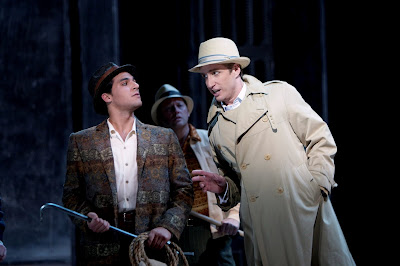 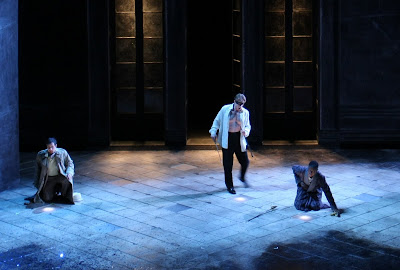 Once again, Mozart's Don Giovanni is providing Barihunks with a stage full of hunky baritones. Two readers fired off emails about Chris Schaldenbrand walking onstage at Boston Lyric Opera with his shirt open as the title character, so the search was on for photos. Luckily, BLO was kind enough to send us rehearsal photos.

The Don Giovanni is Chris Schaldenbrand, who has appeared on this site before. But the pictures also revealed another barihunk in the role of Masetto, Joseph Valone. You can watch them in action at: http://www.blo.org/video/donG_b_roll.html.

For more information or to buy tickets to the remaining performance on Tuesday, May 5, click here: http://www.blo.org. I've also included the banner for Don Giovanni from the BLO site, because they always have great marketing. Clearly, this image was based on Schaldenbrand who looks just as good animated. Even if you can't make the opera, it's worth visiting their site which is as interesting as some of the bigger houses.