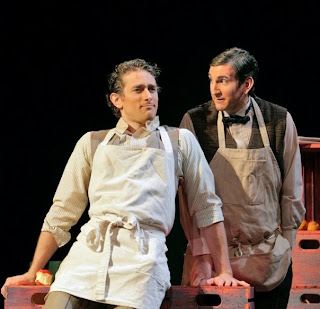 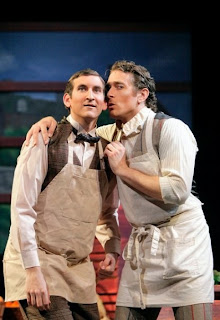 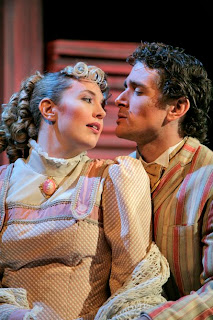 One of the best kept secrets in the opera world is Opera Vivente in Baltimore, which we've hailed as having some of the best marketing and hottest singers. They continue to hire the hottest barihunks and they've re-engaged Chris Herbert to play Sid in Britten's comic masterpiece Albert Herring.

Herbert's pictures from Opera Vivente's Orpheus in the Underworld remain some of the most popular on this site: http://barihunks.blogspot.com/search?q=herbert

But Herbert is as much brain as brawn (and that's doubly sexy). He writes insightful pieces about foreign affairs on the Huffington Post, the Foreign Policy Association, Ground Report and on his own blog. Check out: http://risingpowers.foreignpolicyblogs.com/author/christopherherbert/,
http://www.groundreport.com/ChrisHerbert, http://www.simpleintelligence.org/ and
http://www.huffingtonpost.com/christopher-herbert-and-victoria-kataoka-rebuffet. Herbert is not some crazy opera singer ranting about foreign policy, he earned B.A. in Music and Near Eastern Languages and Civilizations from Yale University and an M.A. in Middle Eastern Studies from Harvard University. [Too bad Miss California isn't this smart.]

The run of Albert Herring opens tonight and you can find out more at: http://www.operavivente.org/current.html