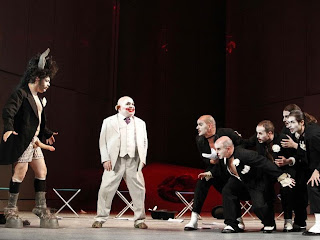 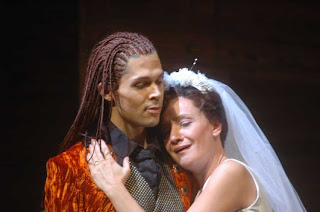 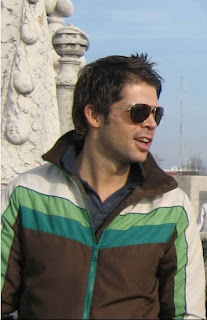 [Top photo by Annette Boutellier]
Our series of emerging barihunks continues with Michael Leibundgut after an email from Switzerland alerted us to a number of hot baritones performing in a country more famed for chocolate, banks and watches. Leibundgut completed his studies at the Music Academy in Basel and then further honed his craft with Samuel Ramey and Elisabeth Schwartzkopf.

He was a member of the International Opera Studio at the Zürich which has had a number of barihunks pass through its program. So far his career has been primarily in Switzerland, Germany and Italy. Although he sings a wide range of music, he has made his mark in a number of contemporary operas. He is also featured on a CD called "20th Century Songs From Switzerland" with works by Othmar Schoeck, Meinrad Schutter and Andrea Lorenzo Scartazzini.

Take a look at the guy next to Leibundgut in the Midsummer picture. He's our next post.