Giorgio Caoduro as Riccardo in I Puritani 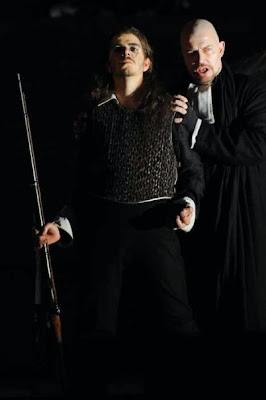 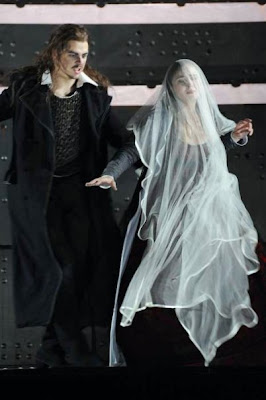 Let's face it, an opera titled The Puritans is unlikely to provide much barihunk fodder. I doubt that even Calixto Bieito could sex up this opera (http://barihunks.blogspot.com/search?q=armide). However, we've learned that Giorgio Caoduro has a way of making any role look pretty hot. Check out his booty shaking performance that we posted from the usually unsexy Il signor Bruschino by Rossini at: http://barihunks.blogspot.com/search?q=caoduro.

InstantEncore had this description of his performance of Puritani from Athens in April of this year:

Italian Barihunk Giorgio Caoduro, sang an impressive Riccardo, with his round, sonorous baritone, looked totally at ease on stage and received a storm of applause after his high A sostenuta-like-there's-no-tomorrow at "Suoni la tromba". You can watch a clip of "Suoni la tromba" below, which unfortunately isn't the best quality.

We're glad that they dubbed him a barihunk in their review, so that he can join some of our other favorites whose reviews seldom fail mention our favorite moniker. Singers like Nathan Gunn, Teddy Tahu Rhodes and Erwin Schrott. Welcome to the barihunks club Giorgio!

Caoduro's upcoming performance include Count Almaviva in Nozze and Rodrigo in Don Carlo at Bologna, and Figaro in Barber at Toulouse.

For all of you tenor fans, you can hear Bryan Hymel sing the fiendishly difficult aria
"A te, o cara" from this production with a full chest Db at: http://www.youtube.com/watch?v=Is0UUg3oH4k. Eglise Gutiérrez was the Elvira in this production.