A Little S&M Between Our Sexiest Don Giovanni and Masetto? 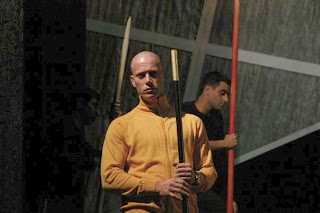 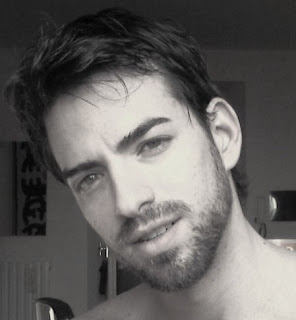 Regular readers of Barihunks might recall that Randal Turner was voted our sexiest Don Giovanni in the world beating out rakish studs like Erwin Schrott and Mariusz Kwiecien. Unfortunately, the only video of him comes from a 2005 production in Pisa where they must have been conserving energy, as the entire production was seemingly shot in the dark. Here he is with the Masetto of fellow barihunk Vittorio Prato singing "Meta di voi" from Act II, Scene I.

Randal Turner turns to a little S&M at the end of this video, giving Masetto a good lashing. It's a bit ironic, since Zerlina sings "Batti, batti, o bel Masetto, la tua povera Zerlina" which translates to: "Beat me, dear Masetto, beat your poor Zerlina." It's nice to see the Don give it back to Masetto. Perhaps Masetto will start singing, "Batti, batti, o bel Giovanni."