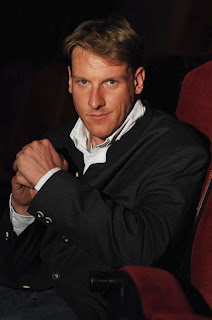 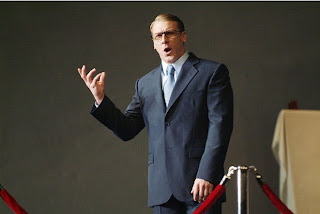 Richard Wagner was born on May 22, 1813, so we're celebrating with the only now that we know how at Barihunks: Posting pictures of the hottest Wagnerian barihunk in the world today. That selection was pretty easy, as Gunther Groissboeck brings his teutonic good looks to thirteen Wagner roles in ten different operas.

The photo above is Groissboeck performing Landgraf Hermann in "Tannhäuser“ at the Gran Teatre del Liceu in Barcelona in 2008. His next Wagner roles are König Marke in Tristan at the Bregenzer Festspiele in August and then beginning in October he performs König Heinrich in Lohengrin at the Houston Grand Opera. In one of opera's most idiotic marketing oversights, HGO doesn't even feature Groissboeck on their website (http://www.houstongrandopera.org/lohengrin).

If you can think of a hotter and hunkier Wagnerian barihunk than Groissboeck, we'd like to hear from you.