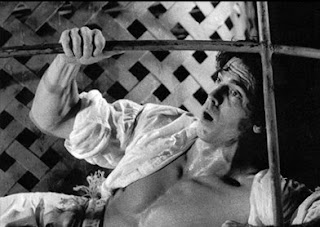 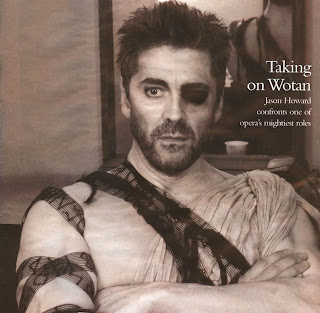 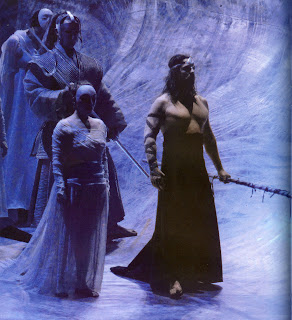 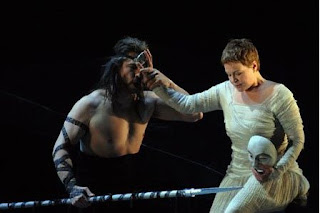 Somehow Welsh barihunk Jason Howard has eluded this site. Thanks to a reader who forwarded the three Wotan pictures from his recent performance in Strasbourg, this big, beefy singer can now be enjoyed by all of our readers.

Howard has sung a number of barihunk roles including Billy Budd [top photo]. Other roles include Escamillo, Zurga, Jokanaan and Don Giovanni. He performs regularly with his native Welsh National Opera, as well as the English National Opera, Covent Garden, Scottish Opera and Seattle Opera.

Upcoming performances include Marcello in La Bohème at Welsh National Opera, Iago in Verdi's Otello at Opera Carolina and Jokanaan in Salome at Minnesota Opera.