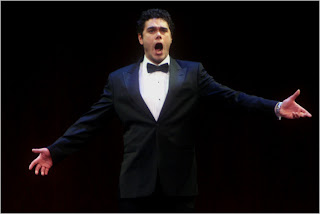 Barihunk Elliot Madore received a nice mention from the esteemed Anthony Tommasini in the New York Times, who wrote:

In selecting the baritone Elliot Madore, of Toronto, as a winner, they seemed to be awarding artistic courage as well as vocal gifts. Mr. Madore, 22, was the youngest finalist, and his voice, though robust, was not consistently solid. For his first selection he sang “Batter My Heart” from John Adams’s “Doctor Atomic,” the anguished scene in which J. Robert Oppenheimer vents his fears on the eve of the testing of the nuclear bomb by quoting John Donne’s sonnet. Mr. Madore gave his all to this wrenching music.

It took almost as much pluck to sing Figaro’s familiar “Largo al factotum” from Rossini’s “Barbiere di Siviglia” in the program’s second half. Again, despite shaky vocal moments, it was hard to resist the panache in Mr. Madore’s performance. 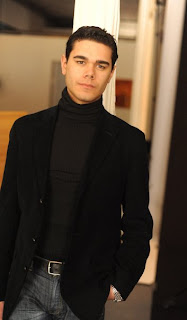