More Beefcake From "Rape of Lucretia" 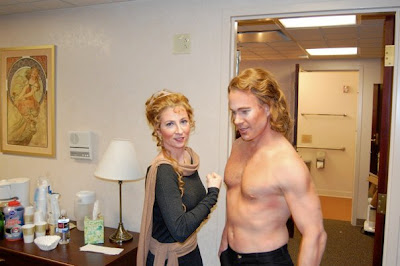 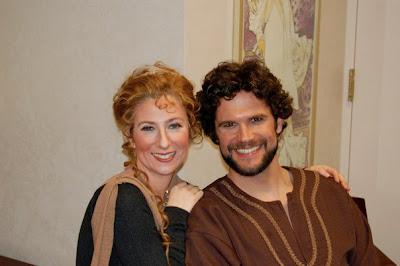 Benjamin Britten's operas are the gift that keeps on giving for this site. One opera that we always keep an eye out for is "Rape of Lucretia," which is usually cast with at least one shirtless hunk in the cast.

Fortunately for Barihunks readers, the delightful and talented soprano Kiera Duffy has posted some pictures from the recent production of Toledo Opera's "Rape of Lucretia." The opera featured two of the hottest barihunks around, Lee Gregory and Philip Cutlip.

The Toledo Blade wrote of Cutlip:

"As the bad boy Etruscan prince, Tarquinius, Philip Cutlip is menacing and macho."

By the way Duffy is featured in the film The Audition, an amazing movie about the Metropolitan Opera auditions. The movie also featured barihunks Christopher Bolduc and Ryan McKinny.