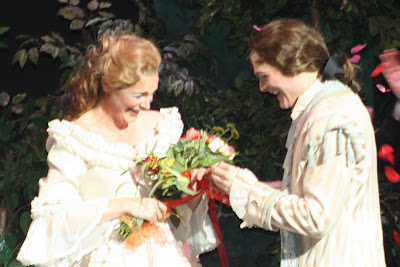 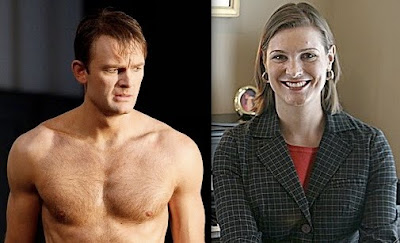 In January 2009, Barihunks made our first wedding announcement when we posted photos from the ceremony between Teddy Tahu Rhodes and mezzo-soprano Isabel Leonard. Of course, we've all come to know the New Zealand barihunk as "Teddy Bare" because of his surfer build and propensity to sing shirtless.

Last December, Jason Hardy created a sensation when he appeared on this site shirtless in pictures from New York City Opera's "Don Giovanni." One soprano emailed us a note that simply read, "WHO KNEW?"

Apparently it looks like soprano Carrie Kahl knew. So when Jason Hardy popped the question after the final curtain calls at Opera Birmingham's "Marriage of Figaro," Kahl quickly accepted his proposal. Hardy was performing Figaro and Kahl was portraying Barbarina.

The second and final performance is this Sunday at 2:30 PM and ticket information can be found HERE.