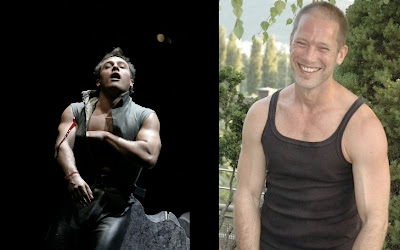 Every so often Barihunks proclaims an upcoming performance a "must see" event. The recent Don Giovanni at New York City Opera was certainly one of those. The latest is the April run of Don Giovanni at the Michigan Opera Theater featuring Randal Turner, who won our "Sexiest Don Giovanni" contest last year.

The production is John Pascoe's extremely sexy version that starred barihunk Erwin Schrott at Washington National Opera in 2007 [see photo above]. Schrott was pretty damn sexy in those costumes and we can't wait to see Randal Turner show off his stuff on stage. Not only is Turner a gifted singer and certifiable barihunk, but he was trained as a dancer and can move on stage like few other singers.

By the way, the extremely talented Kelly Kaduce will be singing Donna Elvira. We mention this because she is married to barihunk Lee Gregory and we couldn't pass up an excuse to post this sexy picture of him. 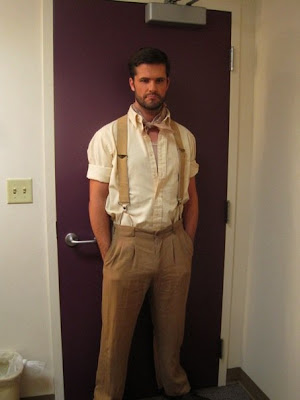