Relyea to Replace D'Arcangelo at Ravinia 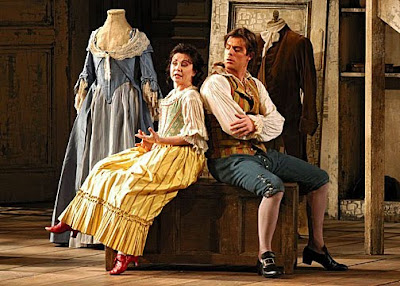 [Photo © Marty Sohl, Marriage of Figaro, Metropolitan Opera]
There is yet another barihunk swap happening in the world of opera. The Ravinia Festival just announced that John Relyea will replace Ildebrando D'Arcangelo as Figaro in their upcoming production of Mozart's "The Marriage of Figaro." The performances are scheduled for Friday, Aug. 6, and Sunday, Aug. 8 at the Martin Theatre.

Relyea is a regular at Ravinia, having performed Verdi's Requiem in 2001, and Mahler's Eighth Symphony in 2004 and 2008. Earlier this season, Chicago audiences also delighted in Relyea's debut in "La Damnation de Faust" at the Lyric Opera.

Relyea has recently performed Figaro in the "Marriage of Figaro" at Bayerische Staatsoper and the Metropolitan Opera.