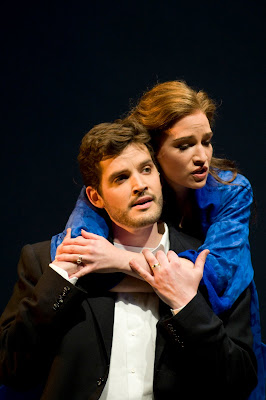 We've given a lot of coverage to the two world premieres in Texas, Jake Heggie's "Moby Dick" in Dallas and Jorge Martín's "Before Night Falls" in Ft. Worth. With all of the excitement surrounding those two premieres, we almost forgot about Barihunks favorite Nathan Gunn who is starring in the world premiere of Daron Aric Hagen's "Amelia" at the Seattle Opera. The opera also features David McFerrin as Paul. We featured the young baritone on this site about a year ago as an emerging barihunk who we were watching. We're thrilled that the Seattle Opera gave him this opportunity and wish him luck with his career.

One of our favorite reviewers, Anthony Tommasini of the New York Times, wrote a thoughtful review that covers the music and story of Amelia in great detail. 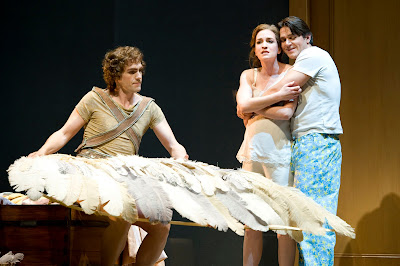 The opera runs through May 22 and you can click HERE for ticket and performance information. Here is a preview video of the opera.