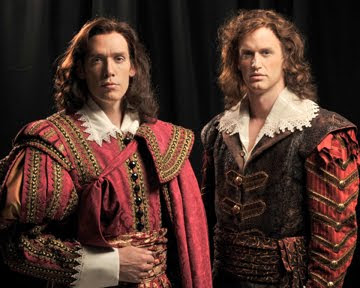 There has been a buzz about Ft. Worth Opera's Don Giovanni ever since the cast was announced. Admittedly, much of it had to do with the amazing soprano Susanna Phillips tackling the role of Donna Anna. But when opera fanatics learned that barihunk Michael Todd Simpson was being paired with the Leporello of Tom Corbeil, this literally became the hottest opera ticket around.

From all accounts, the performances and eye candy have lived up to the advance hype.

The Ft. Worth Express wrote:

Baritone Michael Todd Simpson...has probably exceeded expectations and is already a memorable Don Giovanni. His voice is strong and flexible, and his portrayal had the subtle nuances normally associated with a veteran performer.

Leporello –– handsomely sung by baritone Tom Corbeil –– was a contemporary here rather than an old retainer. The dynamic pointed up the class frictions touched on in the libretto and helped make Leporello’s impersonation of the lady-killing Don Giovanni more believable.

The Ft. Worth Star-Telegram wrote:

Michael Todd Simpson was a superb Giovanni, dashing with a sinister edge. As his servant Leporello, Tom Corbeil sang the famous "Catalogue Aria" with a fine, burly bass, woodwinds chattering like mocking laughter in the background. 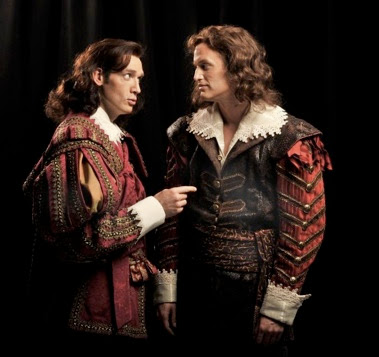 The pairing of Michael Todd Simpson in the title role with Thomas Corbeil as his faithful, ever-complaining manservant Leporella was a masterstroke on several levels. Both lean and tall, with long brunette hair, they created a visual pairing that continually emphasized their embodiment of opposite aspects of humanity. While in any decent production of Don Giovanni the tension of master and servant between these two is one of the central aspects, the physical similarities between these two singing actors emphasized Mozart and Da Ponte’s subtle dig at the rotting class structure that pervaded Europe . The ability of both to move with impressive agility across the stage added to their effectiveness as a team, and the powerful beauty of both of their voices further enhanced the magic of their performance. Along with the bounding energy the two brought to their roles, director Richard Kagey introduced numerous small but significant elements—Giovanni casually wiping the blood off of a dagger on his shirt, for instance, or Leporello’s rebuffed attempt to join Giovanni at the table for a meal—that constantly reminded the audience that Giovanni, sexy aristocrat though he may be, is still a compulsive thug of the worst sort.